Commemorative coin of 2 euros of Germany of the year 2008. Uncirculated (UNC).

This commemorative coin of 2 Euro from Germany of the year 2008 makes reference to the Federal State of Hamburg, for it appears in the later part of the coin the Church of San Miguel, known originally like "Hauptkirche St. Michaelis Michel" and popularly called "Der Michel" . This church today is one of the most important in Hamburg, thus being a symbol for the city. It is considered one of the five main Protestant churches in Hamburg.

This commemoration makes the coin special in the collection of 2 Euro coins from Europe. 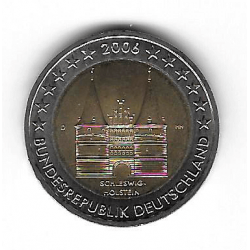 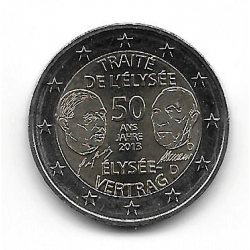