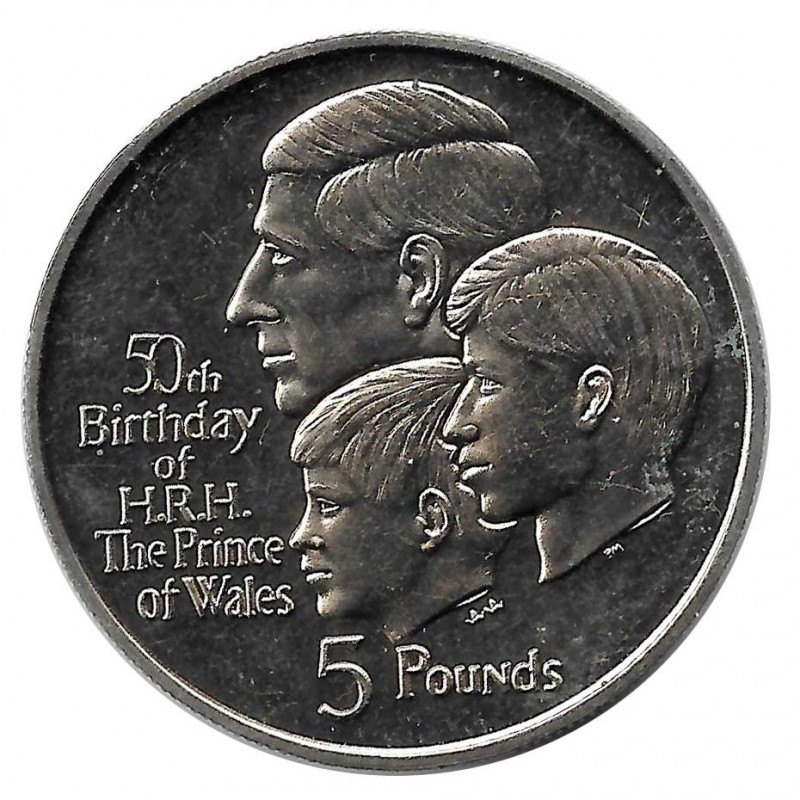 Commemorative coin of Gibraltar of 5 pounds of the year 1998. Uncirculated (UNC). This collector coin commemorates the 50th birthday of Prince Charles of Wales.

This coin commemorates Prince Charles of Wales. He is the eldest son of Queen Elizabeth II of the United Kingdom and Philip Duke of Edinburgh, making him the heir to the throne of the United Kingdom. He has the title of Duke of Cornwall since 1958 (year in which he was born). He also holds the titles of Duke of Rothesay, Earl of Carrick, Baron de Renfrew and Lord of the Isles (Duchy of Rothesay) and Earl of Chester.