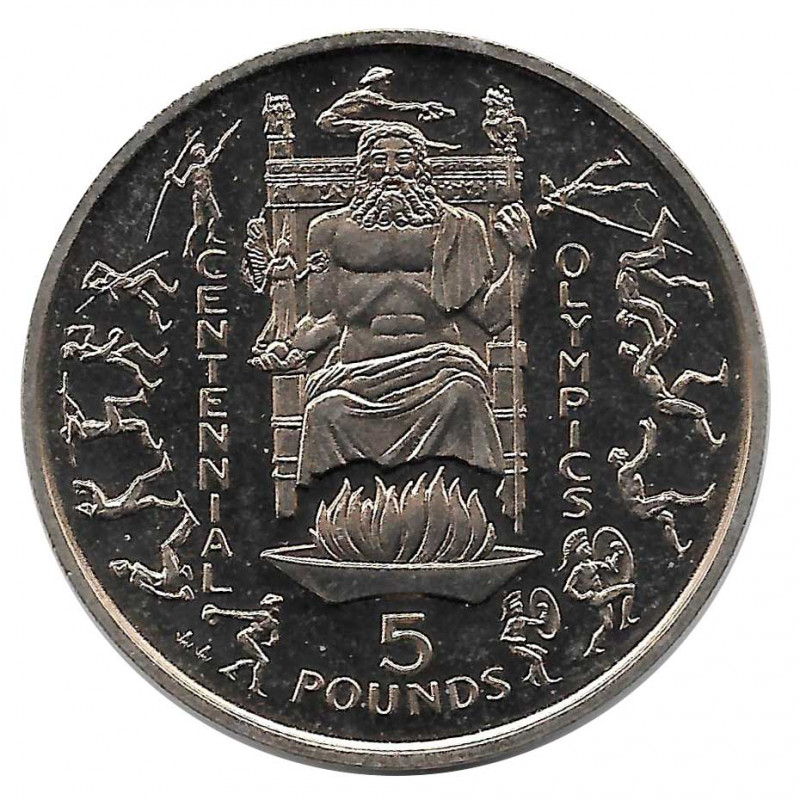 This collector coin commemorates the centenary of the first Olympic Games in Athens (1896).