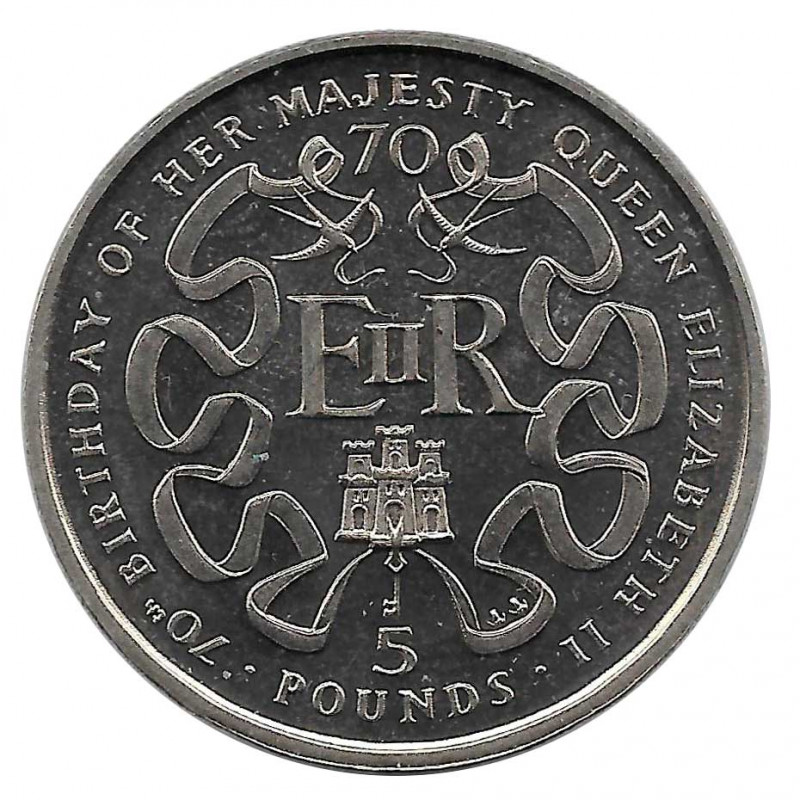 This collectible coin commemorates the 70th birthday of her Majesty Queen Elisabeth II.