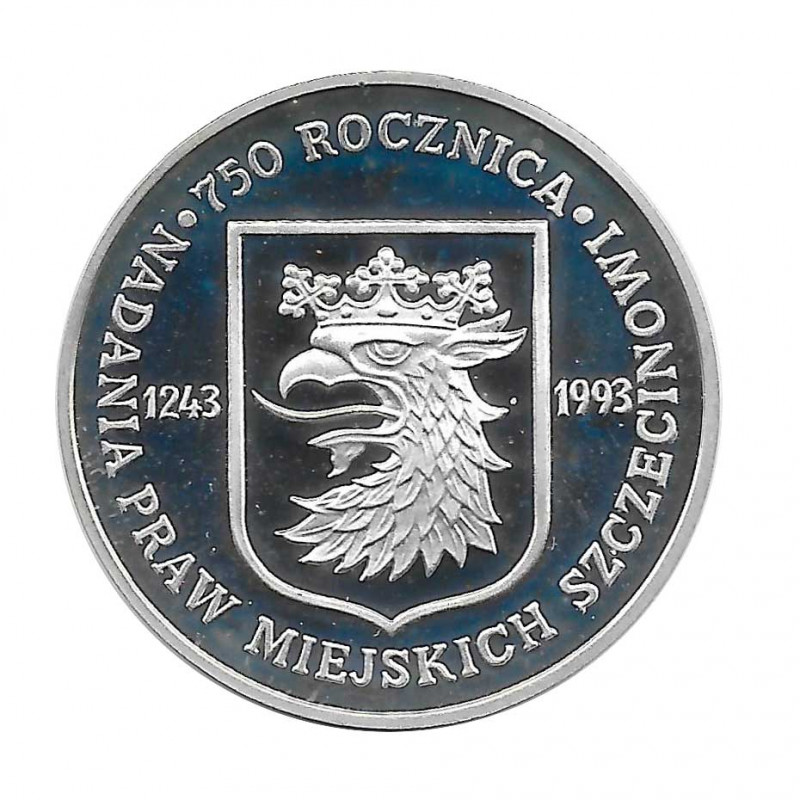 This collector coin commemorates the 750th anniversary of the city of Szczecin.