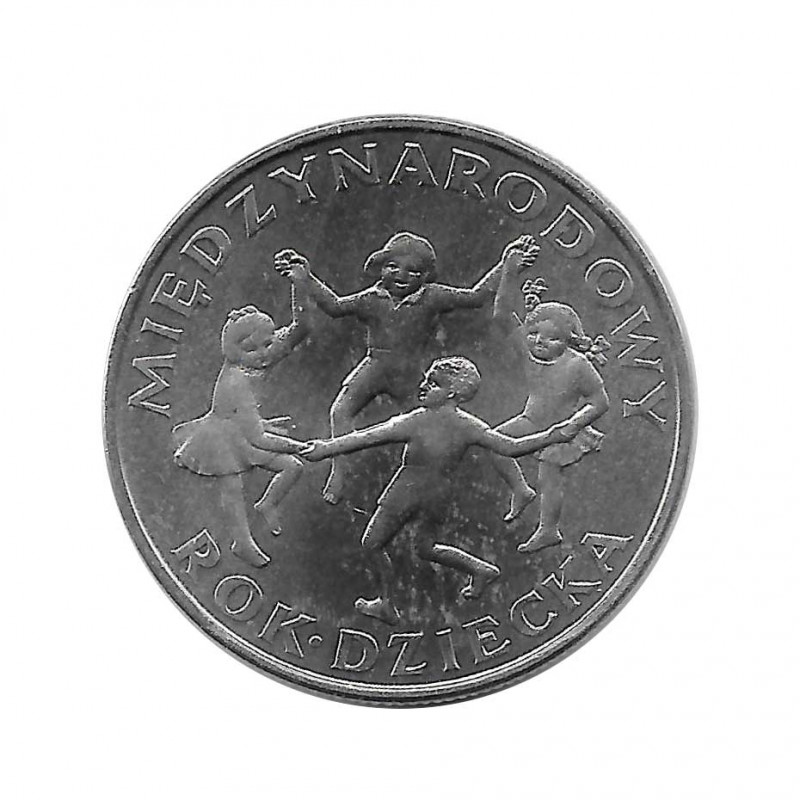 20 Silver Zloty coin from Poland of the year 1979. Uncirculated (UNC).

This collector coin commemorates to International Year of the Child.