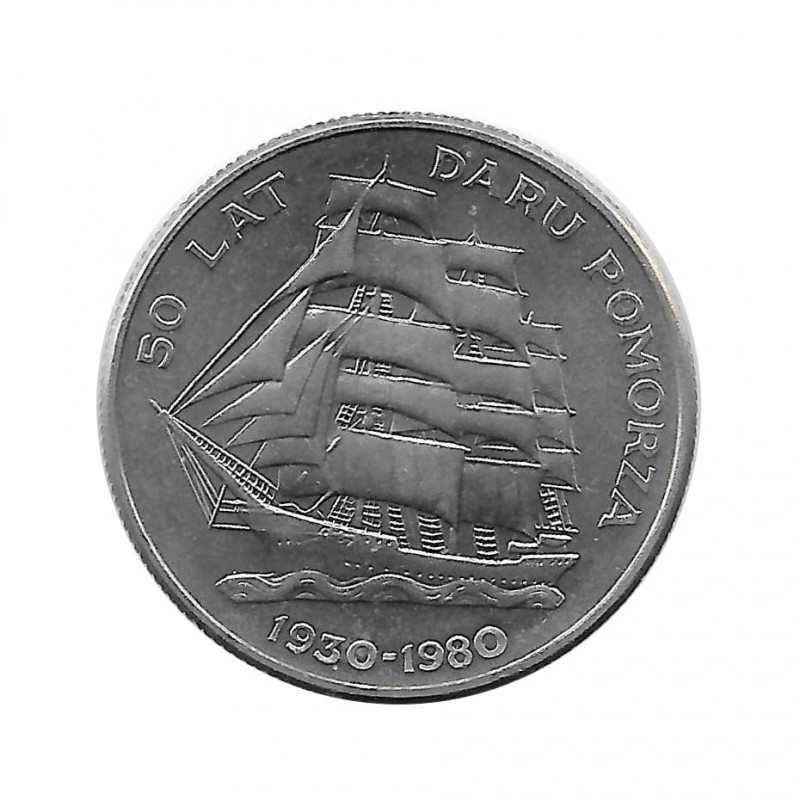 20 Silver Zloty coin from Poland of the year 1980. Uncirculated (UNC).